Your AdBlock is on

We know ads can be annoying, but they're what allow us to make all of Discord Boats available for free. Please help us continue to provide you with our service for free by whitelisting Discord.Boats on your ad blocker. if you really can't stand to see another ad again, then please consider support our work with a contribution to Discord.Boats and get some cool perks along the way

We now have a Discord server!

Consider joining our Discord server to participate in community events, giveaways and more

This bot is for mature audiences only, By clicking 'Accept', you agree to the Discord Boats Terms of Service, and you are willing to see adult content.

Are you sure you want to delete this bot?

Space Enforcer is an advanced customizable moderation bot for Discord.

Space Enforcer is an advanced moderation bot written in JavaScript using the Discord.JS library. Space Enforcer has plenty of features that will help keep your community safe. With a fantastic uptime, this bot won't let you down. 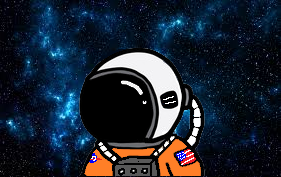 My default prefix is ?. Type ?help for a list of commands. The prefix is changeable for your server by using the prefix command. Space Enforcer has new commands added frequently so check the help command for the most up-to-date commands. 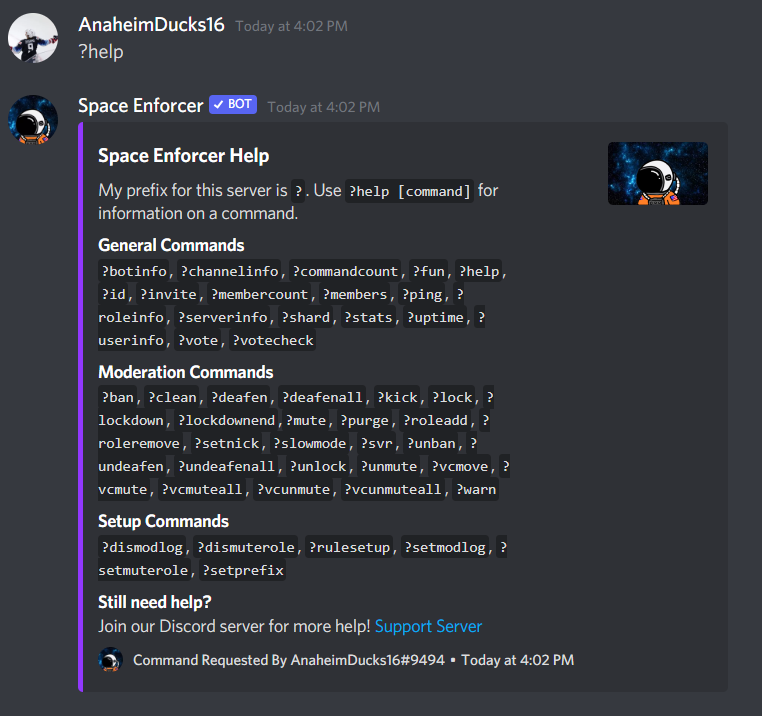 Have any concerns or questions?

We value your privacy, so if you have concerns or questions, please reach out to the developer by joining our support server: